Utopia Yamu is a house and villa project located in Pa Khlok, Phuket and it is scheduled for completion in Dec 2022. It has 81 units and was developed by UTOPIA CORPORATION CO LTD, who is also behind Utopia Dream U2, Utopia Dream Villa and Utopia Dream Condo.

Utopia Yamu is a luxury townhouse project outstandingly designed in unique Moroccan style decor. It is the residence allowing you to experience nature and receive up to 6% guaranteed rental return. The project provides an extensive range of facilities and is kid-friendly. It is located at Yamu Cape, the tranquil paradise where many tourist attractions are surrounded, such as Yamu Beach (3 minutes driving), Royal Yacht Club, and Mission Hills Golf Course. Moreover, it is close to many international schools, including British International School BISP and UWC World Union College, which takes only 10-15 minutes.

Project Information
Utopia Yamu is located at Pa Klok, Thalang, Phuket. It is a townhouse project developed by Utopia Corporation, consisting of 81 residential units in the area of 8 rai. The project offers 2-3 bedrooms, and it is currently under construction expected to be completed in 2021.

Owner Privileges
- The owners will receive up to 6% guaranteed rental return for the first 2 years. After 2 year, the owners have the right to live or continue the rental program by profit-sharing 70:30; 70% for the owners and 30% for the developer.
- Free 14 nights stay at Utopia Yamu during the rental program with no maintenance fees.
- The owners will automatically join the Club Utopia member and receive many privileges such as a 15% discount on spa and restaurant and a 50% discount on reserving accommodation at the affiliated Utopia. 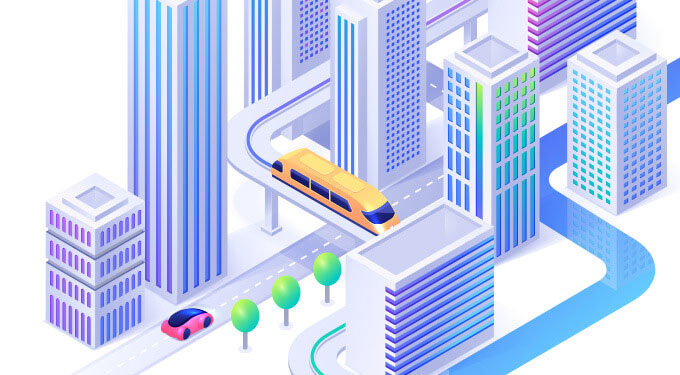 Do you own a property at Utopia Yamu?

Ratio of Parking Spaces to # of Units : 100%
Charging Stations on Site : No

Common Area Management Fee :
The common area maintenance (CAM) fee has to be paid monthly by owners for the upkeep of the common areas of condominium and housing projects. For new build projects, it is common to pay between 1 - 3 years’ management fees in advance upon the transfer of the unit’s ownership.
฿25/SqM
Sinking Fund :
For new projects, the buyer pays a one-off lump sum upon transfer of the property from the developer to the buyer. This fund is to be used for major renovations and replacement of equipment when necessary, to ensure the maintenance of the building and the common area. At Utopia Yamu the required payment for the sinking fund is ฿500 per square meter based on the size of the indoor area of the property.
฿500/SqM
Freehold Premium :
Developments that are popular with overseas buyers usually sell their foreign freehold quota units first. This higher demand is being reflected in the unit prices via the freehold premium.
฿500,000

In Thailand non-Thai nationals cannot own land outright in their name. Land can be controlled through either a Thai Company or a long-term registered lease. The longest registered lease term by Thai law is 30 years and most developers will offer 3 terms for a total of 90 years.

Prior to purchasing a leasehold property it is important to secure a copy of the lease agreement or get further clarity on these three points.

#3 - Is there a succession clause in the lease agreement that will allow inheritance of the lease?

After you have found the right property at Utopia Yamu you have to follow these steps:

Zula Chen, China, 1 year ago
Our family travels to Phuket very often, 2-3 times a year. If we have a lot of time, we usually spend for 3-month. So, we have started looking for a vacation home that matches the needs of our family life. At last, I found Utopia Yamu, and we trust in this investment project because it is a large developer company with many projects. The Utopia Yamu is a beautifully designed project and unique. It is suitable for relaxing, like a resort. There is also a rental program that suits as well in which when we don't stay here; we rented it out to make a profit. It would be great in the long term. The project is located in the Yamu area; it is a very quiet neighborhood and a bit far from the city. There are many activities to do in this surrounding area, such as golfing, sailing, and yachting. The project has a full range of facilities, a swimming pool, clubhouse, and ample parking. The housing area is good; all areas are functional with beautiful design. The ceiling is high from the floor, and it is a kid-friendly project as there are spaces for them to run and play.
Phuket
Pa Khlok Phuket International Airport is located 23.4 km from Utopia Yamu and it takes about 32 mins. by car or taxi (depending on the traffic) to get there. 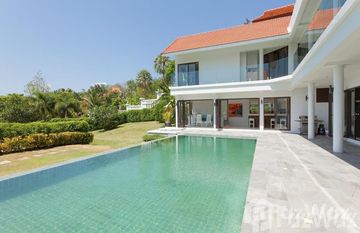 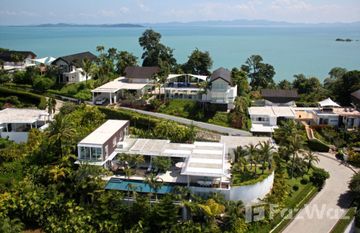 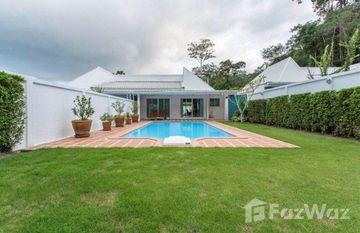 The Bay At Cape Yamu